Researchers Juan Alcalde and Yesenia Martínez visited the MATSA premises to present their preliminary results on the active seismic survey conducted in Sotiel as part of the SIT4ME project on October 2018.

There they discussed the new information revealed by the seismic images and planned for the integration of well log data into the interpretation. 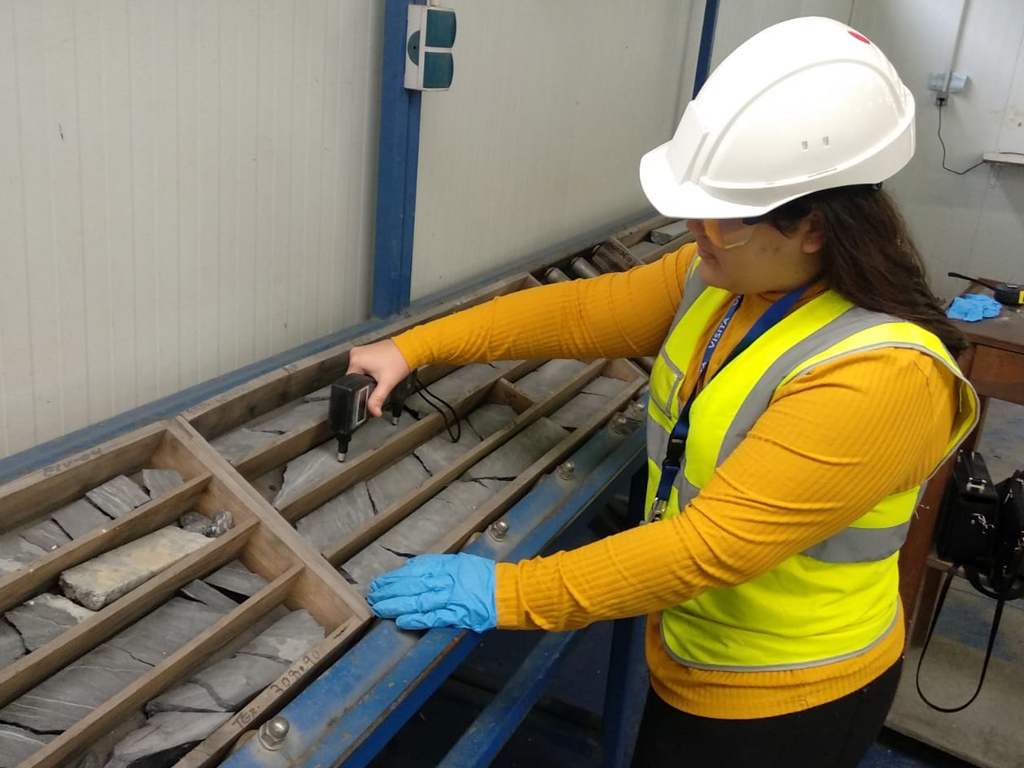 During their visit to MATSA, Alcalde and Martínez also acquired velocity data from core logs from the study area. The two researchers from ICTJA-CSIC employed an ultrasonic measuring device to calculate the seismic velocities of the different rock formations that were drilled in the subsurface of Sotiel. This velocity data will be critical for the correct interpretation of the seismic data, as it will allow to position at their real depths the reflections observed in the seismic images, enabling the structural modelling of the study area.